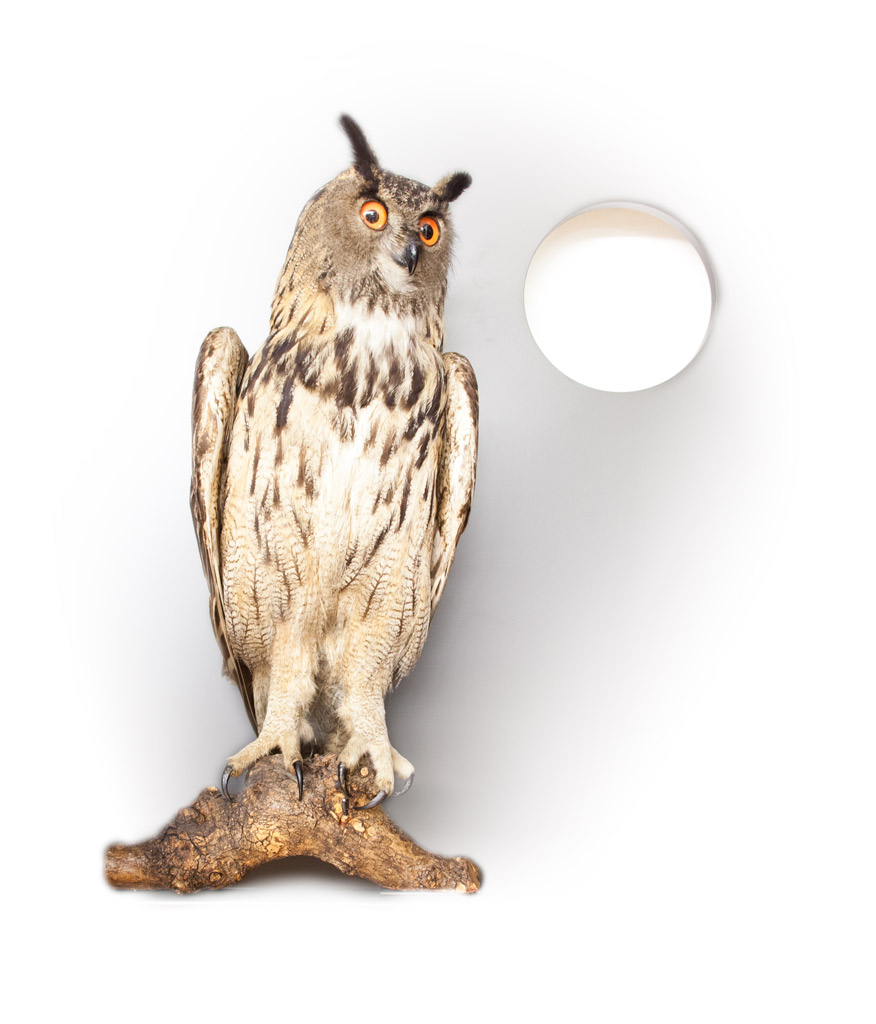 Perhaps the most comprehensive scientific museum of the Province of Belluno, the “Palazzo Corte Metto” museum includes sections on geology, mineralogy, archeology, zoology and botany, while giving particular attention to the museum's embeddedness in the Cadore area, and more specifically in Auronzo. The museum does not pretend to offer the richest or largest collections, rather, the relationship between the various exhibits is particularly well thought-out.
The museum makes possible a multi-thematic journey through the landscape of Cadore, and lays out connections between early settlement of the area and ancient communication corridors, the history of mining, and the geology of the area. Exhibits dedicated to mines, minerals and mineralization processes, ancient pre-Roman and Roman settlement, and natural history, help visitors construct relationships between physical and biological elements of the landscape, and its human history.

The museum occupies three floors of the “Palazzo Corte Metto”. A visit to the museum begins with a natural history section, comprising flora and fauna, geological history and stratification. Following is a floor dedicated to a human history and archaeology section, and finally the top floor is occupied by the mineralogy and mining exhibits.
The rich natural history section includes soil fauna (e.g. parasitic invertebrates and ants), riverine and lacustrine environments (aquatic insects, fish, and birds) and plants of mountain environments (hay fields and meadows at high elevation, forests, colonizing trees, scree and talus slopes, and rocky walls). Space is given to the world of fungi, mosses and lichens, the phenomenon of endemism, autumn colours, the contrast between night and day, the relationship between flowers and pollinators, predators and prey, and winter hibernation.
Geological, geomorphological and fossilization processes are described through displays on the stratigraphic series of the Dolomites, complete with samples of rocks from the area; the erosive action of water and glaciers, and karst topography. A plaster cast of the dinosaur footprints that can be seen on a boulder below the Tre Cime di Lavaredo provides a clear example of a unique local process of fossilization (see area excursions below).
The section of the museum dedicated to human history brings to light the recent archaeological findings at the site of the sanctuary of Mount Calvario along with other sites, for the most part from Roman times and late antiquity, which are distributed in the Municipality of Auronzo. Use of the sanctuary, which extended from the late second century BCE to the fourth century CE, is evident not only in the discovery of pre-Roman and Roman votive objects, but also a striking structuration. The interdisciplinarity of the research carried out in relation to the site of Mount Calvario can be seen at the museum as the result of archaeobotanical studies, which help understand the landscape surrounding the sanctuary, its change through time in local cultivation of plants at a particular site, and local transformation of agricultural products, for example through wine-making. Cartography adds to the visual richness of the archaeology section. Maps show ancient routes from Feltre to Passo di Monte Croce Comelico through interconnected sections of pre-Roman and Roman roads. Road sections were revealed by the military topographer, Alessio De Bon of Cadore (1898-1957), and highlight the important connection between the site of the sanctuary and ancient travel routes of Cadore.
The top floor of the museum is entirely dedicated to minerals and ores, to mining activity at the nearby Argentiera, grigna, Ferrera, Pian da Barco, and Salafossa Mines, and to the history of mining in the area of Auronzo where mines remained in production through the mid-twentieth century. The mines and minerals exhibit displays a selection of mineral samples from the area. Each mineral is presented along with information on crystal structure, typical associations with other rocks and minerals, and process of formation.

Dinosaur footprints at the base of the Tre Cime di Lavaredo

Duration: 1.5 h
Location/map: Tabacco Number 017 1:25.000 topographic map
Description: The itinerary begins at Rifugio Auronzo (2320m) and proceeds in the direction of Rifugio Locatelli along the base of long detritus slopes under the south-facing walls of the Tre Cime di Lavaredo. The itinerary takes visitors to the boulder of Dolomia Principale which holds fossilized dinosaur footprints and allows for a view of the unique landscape to the south. The face of the boulder containing the footprints measures approximately 2x2 meters, and can be found on the up-slope side of the trail near the chapel of the Alpine Regiment dedicated to Maria Ausiliatrice. Several dinosaur footprints in succession were identified on the boulder's surface at the beginning of the 1990s. Although the footprints have been significantly weathered, it is possible to distinguish three toes with sharp claws, well visible on the second footprint. The footprints are around 25 cm long and can likely be attributed to the genus Eubrontes, a carnivore with a height of 1.5m and length of 6m. At the Museum, it is possible to see a plaster cast of the surface of the boulder and a life-size model of the dinosaur.
Recommended season: Summer, from mid-June to the end of September

Duration: 1.5-3.5h
Location/map: The Forest Reserve can be found ln Protected Planet and on the website of the “Riserva Naturale Orientata di Somadida” of the National Forest Service (Corpo Forestale dello Stato). More information on the following excursions can be obtained by downloading the pdf version of the guide to the Reserve, available free of charge on the Forest Service website.
Itinerary description: The Reserve can be found near Palù San Marco, located between Auronzo di Cadore and Misurina. The Reserve contains the largest forested area in Cadore, crowned by the peaks of the Marmarole and Sorapis mountain groups which were recently recognized as properties of the Dolomites UNESCO World Heritage Site. The peaks fall within the Northern Dolomites System.
Historical and landscape characteristics of the itinerary: From the valley bottom to an altitude of 1400 m the forest is characterized by European silver fir (abies alba), Norway spruce (Picea abies), and beech trees (Fagus sylvatica). The forest floor is moist, with frequent areas of standing water. The complex geology of the area features predominantly two of the most important rock formations of the Dolomites: Dolomia Principale and grey limestone. Notable processes of erosion, caused by steep, fast-flowing creeks, including the Rio of San Vito (also known as the Albio), have created furrowed mountain faces and numerous waterfalls. The waters of the valley drain into the Ansie River, which has its source in Lago di Misurina, and which delimits the northern boundary of the reserve.
The Somadida Forest Reserve was historically prized for its wood. It was donated to the Venetian Republic by the Magnifica Comunita' di Cadore in 1463. The Republic used the wood for construction of ships for the arsenale used in the war with Turkey. The forest also became known as the “Vizza di San Marco”. Ownership of wood from the forest passed from the Venetians to the French authorities, and from 1814 to 1866 the forest became part of the Austrian reign. In 1877 the forest ownership was transferred to the nascent Italian state. Intensified use during the early twentieth century, particularly during the First World War, in relation to the nearby front, led to extensive deforestation in the form of clearcuts. In 1972 the forest was declared a Nature Reserve.
Historic forest management practices were carried out under the traditional “Cadorine” system -- a form of selective logging -- which consented the maintenance of the soil structure and left the forest floor largely undisturbed by tree removal. The present forest management plan of the Reserve, written and observed by the Ufficio Territoriale per la Biodiversita' in Vittorio Veneto, permits uneven-age regrowth of the forest in canopy gaps left by cutting of mature trees. This system encourages a greater presence of broad-leaf tree species than the traditional system, where such species were not desirable due to their low value.
A visitor centre, the Centro Ecologico, welcomes visitors to the Forest Reserve. The Centre is equipped with a small exhibit complete with dioramas, display panels, and route maps. Three itineraries are recommended for school groups. These explore the flat section of the Reserve near the northern boundary. The three itineraries all depart from the visitor centre and differ primarily in their length. All take advantage of easy roads and pathways.
The first itinerary follows the main road from the Reserve gate to Le Briglie, where the path joins the Albio creek (about 2km).
The second walk, indicated as “anello grande” (long loop) on the trail markers, runs parallel to Ansiei creek, and allows visitors to see numerous species adapted to wetland environments.
The third walk, “anello piccolo” (the short loop), is approximately 2.5 km long, and shares some sections with the “long loop”. The first part of the itinerary crosses a forest patch constituted for the most part by European silver fir, Norway spruce, beech and maple trees of different ages. The last kilometer of the path crosses the area clear-cut during the First World War which is presently characterized by an even-age stand, mostly composed of Norway spruce.
Recommended season: From May to the end of October